Manganese Dioxide (MnO2) has plenty of uses and is widely used in many industries for production, purification and other reasons. Read and know about some of the main purposes why Manganese Dioxide is being used these days. A blackish-brown solid, Manganese dioxide is found to naturally occur. It is represented by the formula MnO2. When it is found to exist in nature, it is called pyrolusite, and is the most abundant among all the compounds of manganese. Pyrolusite is the main MnO2 ore, and was known as a pigment to people of old times. MnO2 has many uses today, and is in high demand from Manganese Dioxide manufacturer in India. Find out why and how these are used. For the production of glass This is used for making glass in Ceramic industries. Almost every raw material that is used in glass has some iron, generally as a ferric oxide. These are used in the process of glass production, for the removal of the green tint which results from impurities in iron. MnO2 is used in making glasses and ceramics as a type of inorganic pigment. It is a top industrial component. For filtration of water Manganese dioxide can be found as a natural filter media which can help remove the odors of sulfur, manganese and iron from well water. Manganese dioxide filter media is of varied types. This actually looks like sand, and is a filter media of granular form. You can find backwashing iron filters, where water gets flown down the media, ensuring proper removal of manganese and iron. After some time, as it is generally automatic in form, it gets activated and backwashes as well as cleans up the media. Manganese Dioxide Filter Media Supplier agencies offer filter media of various types. Highly pure media and coated media are the two common types. Both of these are excellent in operations and come with strengths and weaknesses of their own. The highly pure ones appear as a solid piece of Manganese dioxide (MnO2). For Dry Cell Making Manganese ores are not ‘active’ and meant for direct use. These are used in manufacturing dry cells. Many of these have to be activated with the help of chemical or physical treatment. These happen to be a vital component in dry cell batteries. The Leclanche cell consists of the positive electrode carbon, and carbon and manganese dioxide surrounds it. You can often find Manganese Dioxide (MnO2) being used as a component of zinc-carbon batteries or Leclanche cell, and alkaline batteries. Every year, around 500,000 tons of MnO2 are consumed for this purpose. As A Catalyst MnO2 or is found to be used as a type of catalyst for fast oxidation of manganese and dissolved iron. It can be found in contact filters as manganese and ferrous powders. Dissolved oxygen oxidizes salts of these types to manganese and ferric acid of an insoluble type. MnO2 is formed when the elemental manganese undergoes oxidation by reacting with oxygen that is present in the environment. Due to this type of reaction, it is not possible to find elemental manganese as a naturally existing substance. In nature, it can generally be found in the form of manganese dioxide. MnO2 based media are capable of doing two important operations. First, they oxidize the iron into particulate form. Second, the particulates are trapped in the media bed. Upon backwash, the particulates are reduced from the bed. MnO2 is used in various manufacturing processes but is highly used in the water treatment industry. MnO2 is used for the purpose of softening hard water by the removal of iron and other soluble metals from water. Manganese is generally used in the oxidation chamber of the water treatment plant for oxidising soluble metals, mainly iron for making the water soft and drinkable. 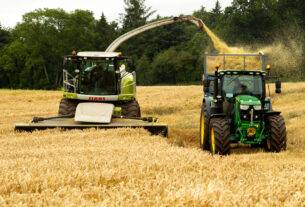 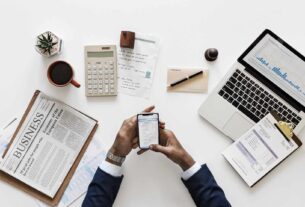 How Can Choosing The Right Mobile Merchant Services Help Boost Your Business?