The Raisins of Dry Fruit Zones are more than special, each one chosen and packed with quality, plus they offer you varied varieties of them. For the ones that are unaware, we would take your attention to the act that raisins were discovered by complete accident. These ever-present dry fruits are a product of someone simply forgetting a couple of grapes out in the sun to dry and voila! Raisins were born. So the next time you buy raisins , remember to thank the person back in 200 BC who did you this huge favour. Similar to this surprising discovery, we could have never thought that it’s so easy to get quality dry fruits right at your doorsteps. Moving on, we have here, just for you, 15 interesting facts about good ol’raisins. The most commonly used grapes in the making of raisins are Thompson Green Grapes. These grapes are ranked as one of the most popular grapes over the world. It is their soft, sweet and crispy freshness that qualify them for this noble task. William Thompson, an English immigrant discovered and developed new, refined, seedless skinned grapes which were sweet and supple which were eventually named after him. You guessed it right! The Thompson Green Grapes. Grapes, when dehydrated to form raisins form a compound in their composition, namely, resveratrol. This compound reduces risk of heart strokes and protects the body against Alzheimer’s disease and certain cancers. Raisins were held in high esteem in ancient cultures. Exhibit; early Romans, Greeks and other Europeans used raisins as ornamental objects for their places of worship. The glorification does not stop here; rather raisins were given away as awards in sporting and literary events or contests. Raisins have been treated as objects of poetic references! No kidding, the famous American poet, Langston Hughes has used raisins in the sun as metaphors for experiencing pain. April 30th is celebrated as “National Raisin Day” started originally by raisins cultivators of California in 1909. Go Raisins! Contrary to popular beliefs, red grapes are used for making raisins. This is essentially because they are softer and sweeter in comparison to any other variety. The colour of raisins is not a mystery anymore! It basically depends upon the drying or dehydrating process of grapes. For instance, a purple or dark raisin is sun-dried, the light brown or the common one is chemically dehydrated. A green one is dried by air in special adobe houses, and lastly, golden yellow colour is reached by drying grapes mechanically in the presence of sulphur dioxide. Selma, a city in Fresno, California is popularly known as the “Raisin Capital of The World” Their professional basketball team, when formed in 1908 is named ‘Raisin Eaters’. Researches have shown that even after having a high content of saturated sugar in the form of fructose and glucose, they actively fight bacteria that are present in the mouth and prevent cavities and gum infections. Raisins anatomically contain absolutely no cholesterol and are completely fat-free. Seems dreamy and too good to be true but raisins got your diet’s back! In certain places like the United Kingdom, New Zealand, Ireland, Australia and Canada, ‘raisin’ as a word is specifically reserved for the large dried grapes, ‘sultana’ referring to large dried white grapes and ‘currant’ identified as small, dried and Black Cornith grape. Raisins or dried grapes have even been mentioned in the Bible. David, the future king of Israel was gifted with “a hundred clusters of raisins” This being during the time of Moses, at a guess, 1110-1070 BC. During both the World Wars, raisins were considered to be an ideal food for the soldiers and were incorporated in in bread when sugar and eggs were not available, thus rightly coming to be known as “War Cakes”. The very capable dry fruits are essentially self preservatory in nature as they resist spoilage and remain stable wing to their low moisture content and low pH. With so many interesting and bizarre facts revealed, it is completely justified for you to be craving lots and lots of raisins right now. You can actually go ahead and place your order of sweet, supple and healthy raisins right ahead, exclusively at Dry Fruit zone to ensure the best of qualities. With their sugary earthy taste, raisins provide you with jolts of energy, exactly what you might need in the fast-moving world of ours. We hope the next time you buy raisins, you remember what went ahead in discover, production and simply all the fun facts we presented to you.

How To Care For Your Mushroom Logs?

Why Singapore is Known as a Paradise For Food Fanatics? 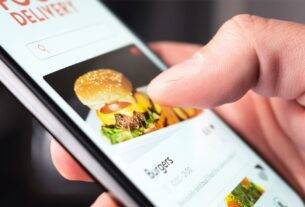 How Food Delivery Apps Have Become a Great Startup Idea