Imagine that you wake up one day and find that you are unable to stand up straight. Your walk is slightly off and you can’t hold a pen in your hand steadily. This is the life of someone in the early stages of Parkinson’s Disease. And if untreated, it only gets worse with time. But as always, there is hope. Researchers across the world have found that Stem Cell Therapy is one of the best treatments for Parkinson’s Disease. But before we dive into what Stem Cell Therapy is, it is crucial to know a little bit more about the disease itself. What is Parkinson’s Disease? Parkinson’s is a progressive nervous system disorder that affects movement. Symptoms start gradually but worsen with time. A person with Parkinson’s might experience: Tremors on their hands or legs Slower than usual movement Rigidity and stiffness in their muscles that cause pain and limit their range of motion Issues with balancing Decreased ability to perform unconscious movements such as blinking and smiling Slurred speech that gradually becomes a monotone These symptoms are a result of nerve cells in the brain dying. As these cells decay, the production and transmission of dopamine – a chemical that transmits signals from one nerve cell to the other – decreases, leading to abnormal brain activity. The cause of the disease is unknown. However, some of the warning signs may be: Trouble getting out of a chair Very soft speech Slow handwriting speed Lack of facial expressions Trouble initiating or continuing a movement As of now, scientists haven’t been able to pinpoint the cause of the disease. However, there is some consensus as to the factors that might contribute towards a person developing Parkinson’s. For instance, people within the age group of 50-65 are more susceptible to the disease than others. The disease, by itself, is not life-threatening. But, the complications that result from this disease like hallucinations and delusions might prove fatal. There is no known cure for this disease. But symptoms can be managed and treated – Stem Cell Therapy being one of the best options. It is painless and also reduces the symptoms of the disease. What is Stem Cell Therapy and how can it help people with Parkinson’s? Stem cells are those cells of the body that, when given the right conditions, differentiate into specialized cells that perform specific functions in the body. For instance, if your body requires new dopamine-producing cells, appropriate stem cells can be used as substitutes. These wonder cells can be found in embryos, adult bone marrow, amniotic fluid, and amniotic blood. When it comes to treating Parkinson’s, stem cells are transplanted into the brain of patients, where they mimic the functions of a dopamine-producing neuron, thereby decreasing the symptoms of Parkinson’s. At the Center for iPS Cell Research and Application, Kyoto University in Japan, researchers managed to derive dopamine cells from adult-pluripotent stem cells (found in the skin or blood). These were transplanted into the brains of patients suffering from Parkinson’s. The results of this experiment were very promising indeed. It was observed that the grafted cells were able to produce dopamine and reduce the symptoms of Parkinson’s. In addition to this, no negative side-effects of the transplant were recorded. Parkinson’s Disease is not the end-of-life as you know it. The symptoms can be managed and one can lead a good life if the disease is treated properly. And Stem Cell Therapy offers hope and promise of a good life, where the symptoms are managed and, hopefully, cured too. Plexus and treatment of Parkinson’s Disease with Stem Cell Therapy At Plexus, we constantly endeavor to provide our patients with an improved quality of life through Stem Cell Therapy. We are one of the best centers for this in Bangalore and we work hard to maintain the dignity of our patients. We believe that the symptoms of Parkinson’s can be reduced, if not totally suppressed. We find that Stem Cell Therapy is proving to be a very promising treatment for Parkinson’s Disease. It provides relief to patients and helps them avoid pain caused by surgery and the side effects of drugs. Contact us today to learn more about this procedure. Also, speak to one of our experts about the risks and benefits of Stem Cell Therapy in treating Parkinson’s today. 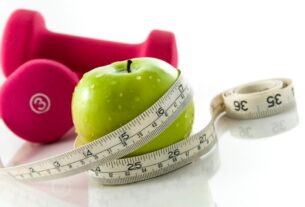 Coronavirus And Its Spread

How to Boost Protein in Blood

What to expect before the skin tightening treatment from the clinics?